This year’s Passages Conference for our region’s students and new professionals was held on October 24, 2015 at Shenandoah Conservatory and University. Co-chairs for the event were new professional Diana Abourafeh, MT-BC and Fredonia State student Tara O’Brien. Both worked tirelessly to create an exciting, diverse conference program.

While registration didn’t officially open until 8:30 that morning, conference attendees were invited to show up early for a Hatha Yoga session led by Sara Breyfogle, MT-BC, RYT. The conference officially kicked off with a welcome from co-chairs Diana and Tara; Shenandoah professor Dr. Hakeem Leonard, MT-BC and Conio Loretto, MS, LCAT, MT-BC, Student Affairs Advisor for the MAR. Dr. Sheri L. Robb, MT-BC, Associate Professor at Indiana University and Editor of The Journal of Music Therapy, next gave an impassioned keynote talk on advancing the legacy of Music Therapy research.

Next came four concurrent sessions – Caitlin Clark, presented her work with a client who suffered from the effects of a stroke and how singing instruction facilitated a powerful healing experience; Matthew Brady, MT-BC and Mike Kelliher, MT-BC shared their work within a music-centered framework with a group of adolescents with neurodevelopmental disorders; Gregory Lazzaro, MM, MT-BC outlined all aspects of his work within inpatient mental health settings; Tara Kelly and Jessica Malfa led a discussion specific to their research on mood, music and consciousness.

Four more concurrent sessions followed, with Carolyn Lieberman talking about trust and its implications in her development as a clinician; Ashley Criscione and Erin Oulton sharing their work in creating a “sensory fort” and its impact in Music Therapy sessions for a three year old boy with sensory integration disorder; Francesca Welhous, MT-BC presenting on the role of improvisation within a geriatric setting; and, Saraa Breyfogle, MT-BC discussing her work in a hospice setting.

After a break for lunch, four more concurrent sessions happened, with Justina Abah discussing Music Therapy for the caregiver within a bereavement group framework; Ashley Walker sharing ways to expand guitar technique; Richard M. Stubbs, B.S., presenting on music and attachment; and, Sophia Salvatore sharing her experience as a participant in the Jamaica Field Service Project.

The conference closed with a drum circle led by Eric Wills, Director of the Jamaica Field Service Project. The entire conference was supported by a team of wonderful volunteers from Shenandoah Conservatory and University. Thank you to all!

Many of the Passages presenters had the opportunity to give their presentations again during special concurrent session times at the MAR Conference in Harrisburg, PA. Thank you to Trish Winter and Jenny Swanson for your efforts in making these “Passages Re-visited” sessions happen.

Passages 2016 will be held in the Fall at Nazareth College in Rochester, NY – more info coming soon!

MARAMTS elected our new Executive Board at our recent conference in Harrisburg, PA. Congratulations to… 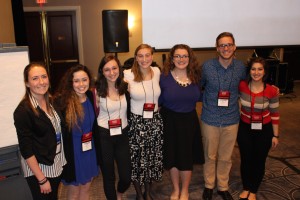 Thank you to our outgoing Executive Board members for their wonderful service to our region…Elizabeth Bligh (SUNY Fredonia), Megan Neil (Radford University), Allison Broaddrick (Duquesne University) and Cody Thompson (Elizabethtown College). Your hard work is appreciated by all!

We awarded several scholarships during the conference. The MARAMTS sophomore, junior and graduate scholarships were awarded to students in our region who have demonstrated a commitment to our field based on the following criteria…

…interest and involvement in regional conferences…

…self-motivation with regard to independent learning experiences.

The scholarship winners are decided by a team of student judges through a blind review of applications. A special thank you to this year’s team of judges!

Congratulations to the following scholarship recipients, who were awarded complimentary student membership to the American Music Therapy Association for 2016 and with free registration to our MAR Conference: 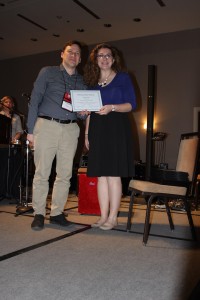 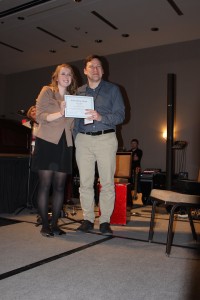 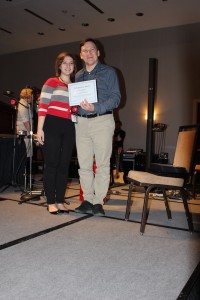 The Jenny Shinn Memorial Scholarship for Music Therapy Interns was also awarded during the conference. This scholarship is given to three student interns within the Mid Atlantic Region who have demonstrated scholarly excellence, a strong character and significant service to our field. We accepted almost twenty applications this year, which were then narrowed down to six finalists following a blind review by our judging panel. The six applicants were then interviewed by our judges at the conference in Ocean City.

Congratulations to the three scholarship recipients, who will each be awarded $500 to help support them in their internship experiences… 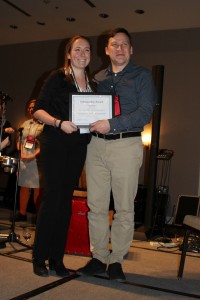 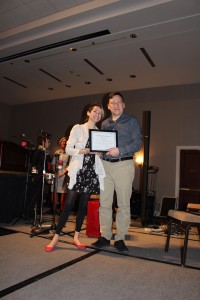 Thank you to our professional judging panel, Bob Miller, Kristen O’Grady and Laurie Keough for making this very difficult decision.

We also awarded this year’s Music Therapy Club Award to Nazareth College and Molloy College. Each club received $250 based on their noteworthy efforts to spread awareness and advocate for our field.

The Student Service Project took a new focus at this year’s MAR conference as students joined with professionals to support the Hill Day that occurred in the Capitol Building in Harrisburg, PA. Special thank you to Student Service Project Conference Committee Chairs, Lauren Rowe and Victoria Rowe, who together with Pennsylvania Task Force member Michelle Muth and MARAMTS Secretary Meghan Smith truly made the student participation happen. And, an extra special thank you to the nearly 200 students from around the region who participated.

ASK THE PROFESSIONAL: AN OPEN FORUM FOR STUDENTS

At this year’s conference, we once again provided an opportunity for students to sit with a panel of professional Music Therapists, all at different stages of their careers, to answer questions and seek advice as to what it is like navigating the professional world. A wonderfully dynamic exchange occurred, with many topics covered. Thank you to our panel who openly and honestly shared their experiences – Marissa Harper, Nicole Drozd, Amanda Belcastro, Terry Blaine, Susan Glaspell, Maria Battista-Hancok and Roia Rafieyan.

Thank you to all of the students who volunteered to call past members of AMTA during our regional conference to highlight the benefits of membership and encourage them to sign up again. Thank you, too, to our outgoing Vice President of Membership, Anita Gadberry, for making this happen.

Thank you to all schools who participated in this year’s Swap Shop at the MAR Conference. Each school composed a “hello song” that was shared. A special shout out to Allison Broaddrick who organized the wonderful event.

LOOKING TO THE FUTURE

Our new Executive Board is energized and looking to the future. If any student has a great idea (or two!) for advancing our organization, please reach out any of your MARAMTS officers. They will be meeting this summer to make plans for the upcoming year.